In Fleshgod Apocalypse’s nine years of activity, with four albums in total – the fourth being this album to be reviewed; their new album is the first of their discography to include orchestral versions of their tracks.

The album opens up with an orchestral delivery in Marche Royale, something comparable to The Planets Suite by Gustav Holst, before the heavy guitar and drum instrumentals start mingling into and with the operatic choir and grand piano, then instantaneously the introduction goes straight into In Aeternuim when the voice of Tommaso Riccardi come into play.

The second track blends symphonic and power metal with Metalcore in terms of instrumentation and vocals; the vocals leaning towards death metal, but the backing vocals of Francesco Paoli change from soft screams to clean, the latter provided by Rossi. Like the previous track, Healing through War continues on straight into its narrative, similar to a conceptual album. However, dissimilar from Aeternuim, Healing through War focuses mainly within the death metal genre, and introduces Italian lyrics.

The Fool integrates vaudeville themes with power, groove and thrash. In fact, this song is very comparable to the dynamics used by groove metal band, Avatar, particularly their album Hail the Apocalypse (2014).

Cold as Perfection is the polar opposite, for the band’s direction turns of symphonic metal, and is much darker lyrically then the previous tracks, borderlining on gothic and death/doom metal. In the background, a female vocalist is chanting, in a similar manner to the voice sampled on Rotting Christ’s album Rituals (2016), which I reviewed not too long ago. Rossi materializes half way through the number with clean spoken vocals, accompanied by acoustic instrumentals, and the appearance of Veronica Bordacchini.

Mitra is a dark combination of dark and groove, with aggressive vocalizations with strong emphasis on the drums and percussion, followed by Paramour (Die Leidenschraft Bringt Leiden) – Lover (The passion creates suffering) – which starts as an acoustical piece, with Veronica Bordacchini singing in fluent German, convoyed by a grand piano.

Then it explodes into symphonic groove metal with And a Vulture Beholds, like a simple flick of a page, with Riccardi and Rossi jointly take the stage with co-joining their vocals.  Gravity contrasts the dynamics of the album even further, by reverting back to the assembling of Cold as Perfection, with symphonic traits, with Cristiano Trionfera throwing out a clean cut guitar solo; introducing classical metal/power metal features.

A Million Deaths reintroduced an orchestral introduction after their first track, replicating an empowering listening experience, before the band comes in, bringing their symphonic genre to a whole new level with the emphasis on melodic metal, and the lyrical subject matter of war and victory. It also intermixes choirs, and the grand piano (from tracks Marche Royale and Paramour (Die Leidenschraft Bringt Leiden) – Lover (The passion creates suffering)) and vaudeville (The Fool).

Syphilis resumes the vaudeville twist, with creepy xylophone with the instrumentation undermined by a quotation of a letter being read out by what must be the protagonist, the king. The fictitious letter in question is partially inspired by a love letter written by Virginia Woolf, to her then lover Vita-Sackville West in 1927, with some words being changed to suit the narrative. The quotation is then interrupted by Riccardi, and the operatic voice of Veronica accompanying him. The track half way through changes to the dissertation of an electric guitar, and resumes to switch back and forth between the lyrics, opera and spoken word.

King, being the last track before the official instrumental pieces, and the last main track of the album, it makes its impact by following the direction of Paramour and being a dark mournful classical piece and this time being absent of words, like the end credit of a silent film, finishing a chapter without words. 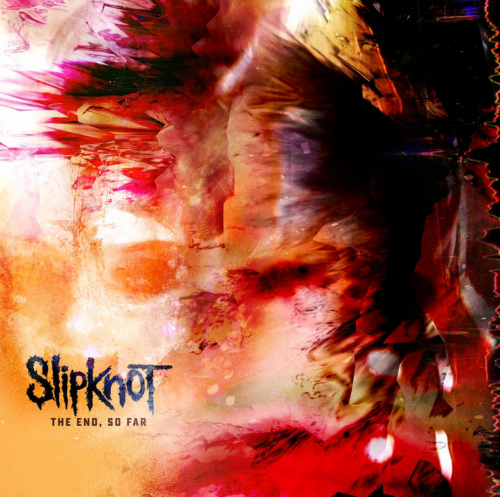